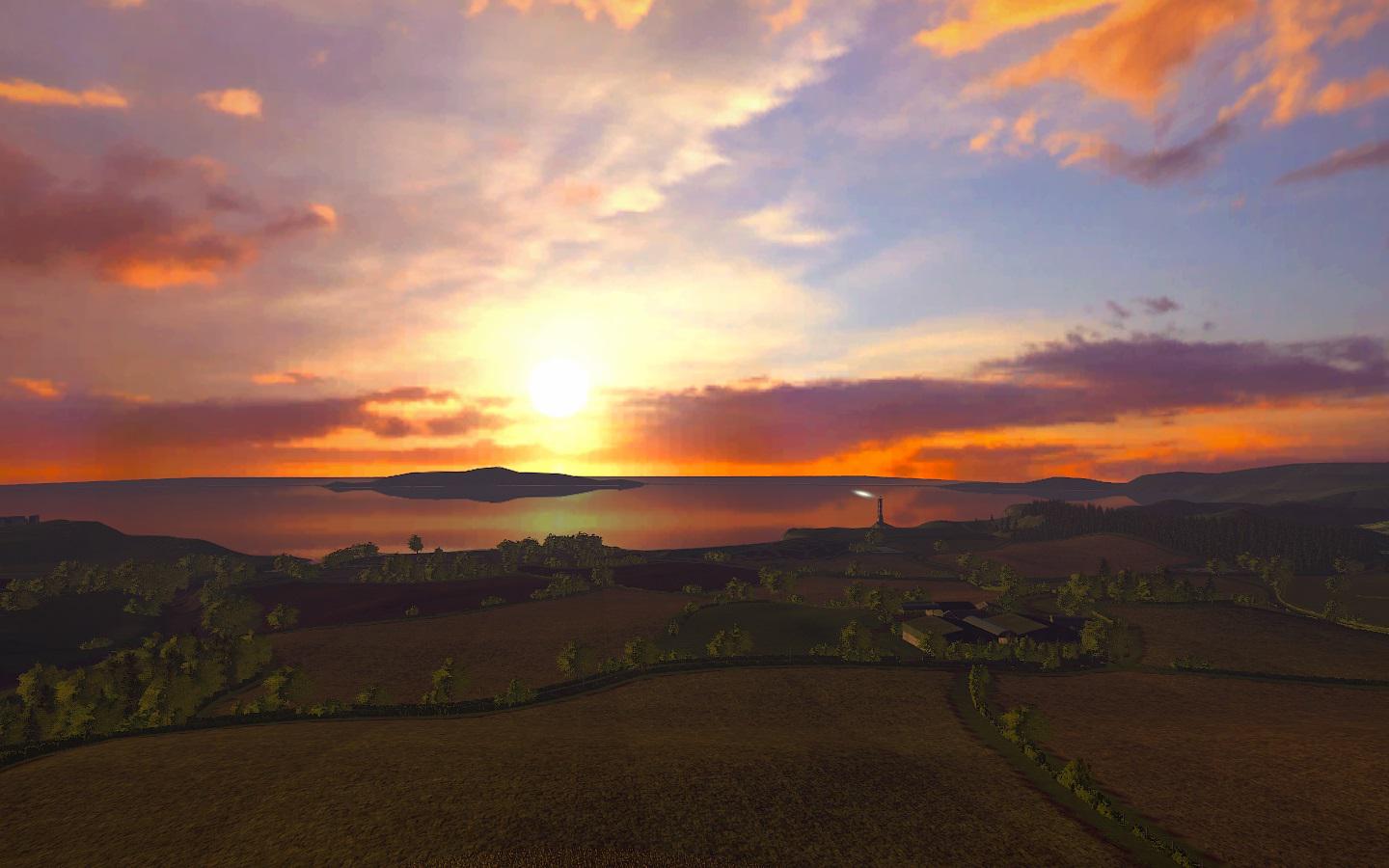 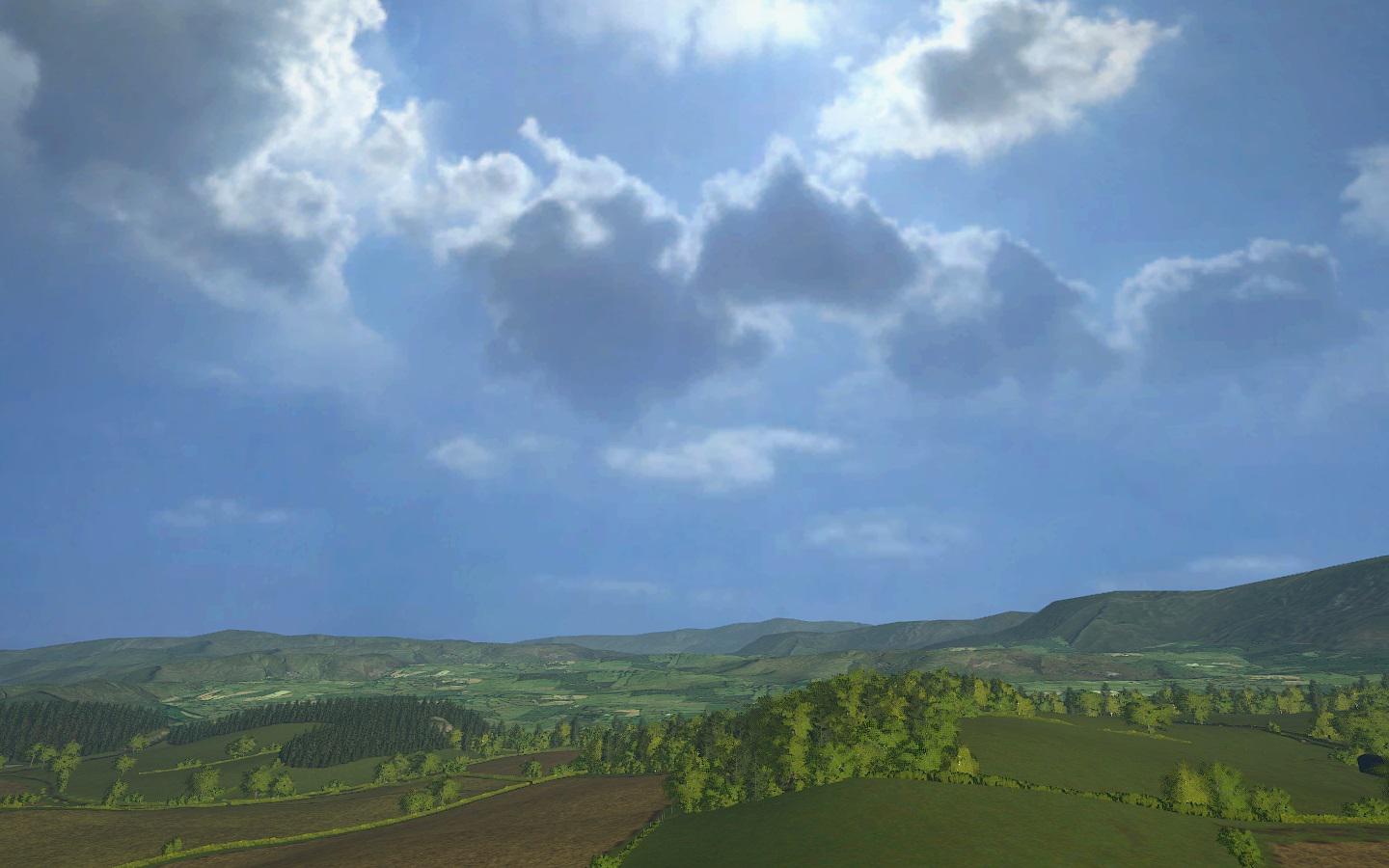 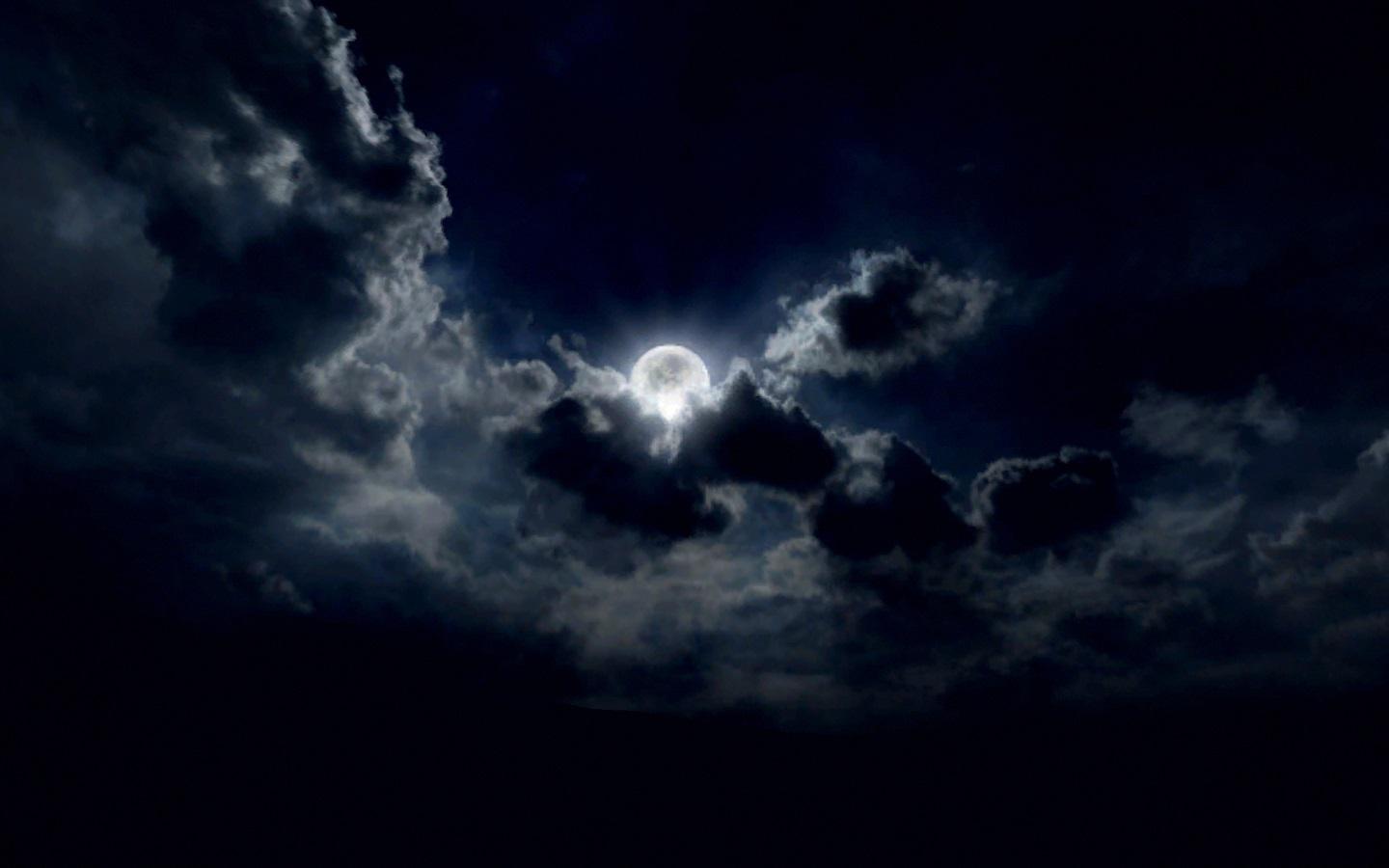 The ‘map’ is where each of us farm within Farming Simulator. It has the fields in which we work, and many other objects that attempt to help us suspend reality, if only for a few moments, to enable us to feel as if we are farming in a ‘real world’ some place. Mod maps are particularly adept at doing this. And yet, arguably one half of the playing environment is not the map itself, but rather the atmosphere, or the sky. And while the map has plenty of variability with all the stuff we can do on it, the sky, with just a few variations, is basically the same all the time.

When it comes to the sky, the mapper has traditionally been limited to a single sky box that dictates what the sky will look like. The sky box is an i3d model containing the sky textures. We all know the sky changes depending on the time of day or what it happens to be doing (overcast versus not, sunrise versus midday, etc.). However, the changes are limited. The sky otherwise appears the same day after day.

This mod is designed to provide additional atmospheric environments to the player during farming. In other words, each day there will be a different sky. Some of these skies consist of pre-built sky boxes from previous versions of Farming Simulator. Other skies are randomly put together using parts. All are used with the intent of enhancing the player’s gaming experience by providing more variability of what he sees in-game.

Features
(1) Each night at midnight, the game will replace, or ‘swap out,’ the sky so that the player has a different sky to look at the following day.

(2) The sky assets for this mod include 9 pre-made sky boxes, and 1 generic sky box that will randomly choose between 5 day textures, 7 night textures, 3 overcast textures, 8 sunrise textures, and 7 sunset textures. This provides for literally thousands of different sky combinations that the player may encounter in-game.

(6) The mod is multiplayer compatible. In other words, everyone will see the same sky while in a multiplayer session.

(7) The mod is seasons-mod compatible. The seasons mod changes day lengths based on season, and this has an impact on how skies appear in-game.

Companion Mod
The sky swap mod contains just a few textures, primarily those obtained from other modders. Literally hundreds of additional sky textures could be added by the player if wished. In view of this, development of a second mod is underway for a ‘sky pack.’ When complete, the sky pack will have over one hundred additional skies for the player to use in-game. Still more are available on the internet, and links to sky sources have been provided in the sky swap mod’s Instruction.xml file. In order to use the sky pack, when it’s ready, one will also need to have the sky swap mod in the mods folder.

SkyBoxChange.lua Script: akuenzi ([email protected])
SkyBox Models: GIANTS (all with ‘GIANTS’ in filename); Unknown (‘OTHER’ in filename – provided by BulletBill)
In-Game: akuenzi
General Testing: akuenzi, Summit Commodities server, BulletBill
Multiplayer Testing: akuenzi, Summit Commodities server
Instructions: akuenzi
Icon: akuenzi
modDesc Translations: Google Translate (all languages except English)
Textures:
Except for textures provided by the GIANTS, the rest of the textures come from various modders, mainly from published sky packs, but also by permission from maps (in the case of 23). The texture file names contain the identifiers at left for credit identification. There are some ‘repeats,’ but the reason is because the modder released more than one sky pack. There is also not a complete sequence, as some of the sky packs I downloaded to consider for inclusion with this mod were found to have proprietary sky assets in them (see note at the bottom). The only modifications made to the textures were as to sizing, or placement of the sun/moon so that it appeared correctly within the skybox/dome:

Special Thanks:
— To BulletBill (Frontier Design) for his encouragement and for providing two night time textures from his Lone Oak and The West Coast maps for FS ’17 for this mod, as well as the ‘generic’ sky dome. The generic sky dome is critical to the function of this mod in enabling easy swapping of textures. Unfortunately, he does not know who the original creator of it was. If anyone knows who that might be, please let me know so I can give proper attribution.
— To Realismus Modding and the Seasons mod for providing coding clues. These were of great assistance to me in coding multiplayer syncing, and in enabling the save game file to record the last sky used.
— To Wopster for his general encouragement on lua coding.
— To Ian898 (Frontier Design) for assistance in creating a console command (debugging) for the mod.
— To seriousmods for being willing to talk about skies… even when he was probably sick of hearing about them.

Dedicated to Xentro. The little I know about lua is the result of his patient mentorship and generous sharing of his time.