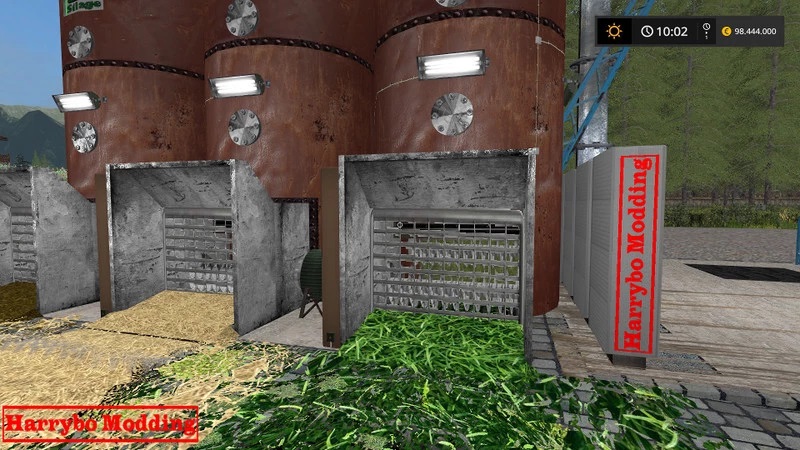 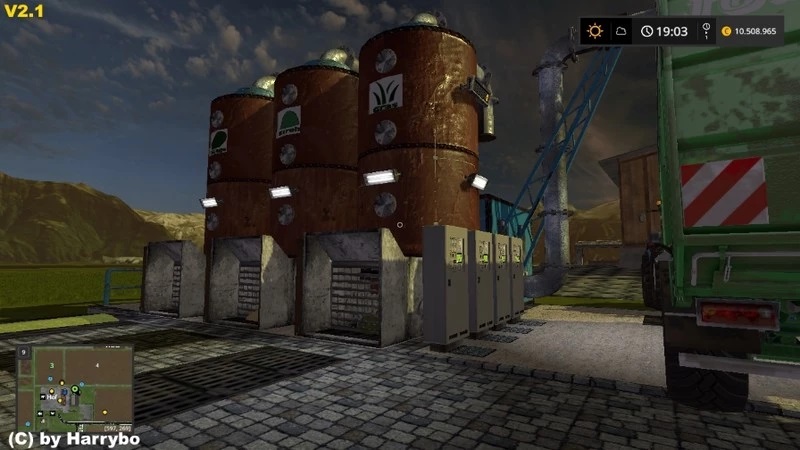 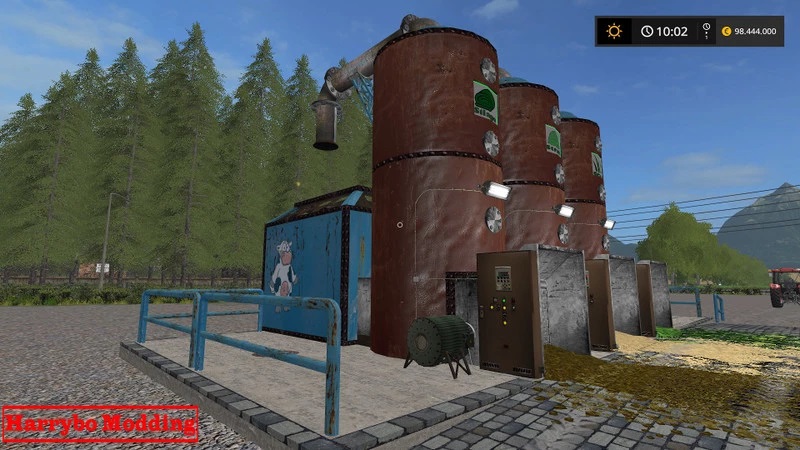 This mixed feed trough was rebuilt by a template of “Marhu” from the LWS 2013.
The capacity is 150000 L. The mod can be placed and it is available in two versions.
The version 2.1 has a floor plate with side driveways and needs
Straw, grass and silage must be tipped off at the designated suction hoppers. Is generated
(Also known as a compound feed) which serves as an additional food for animals.
It is allowed the modders to use this mod with the GE without restriction for the map creation.