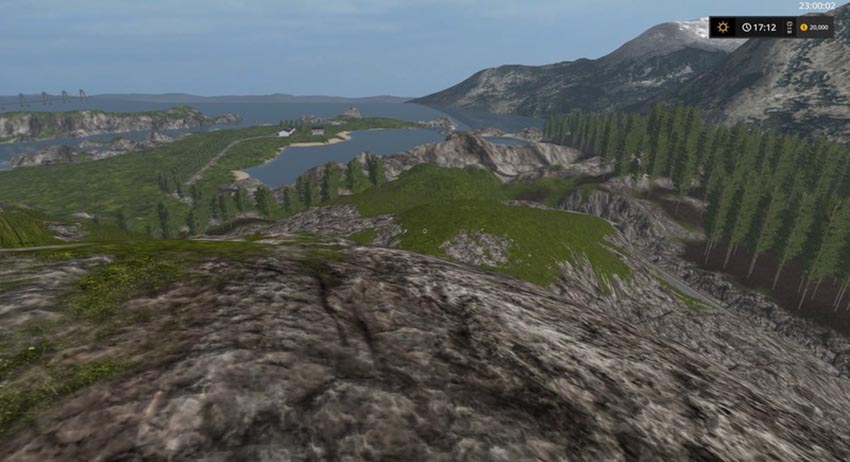 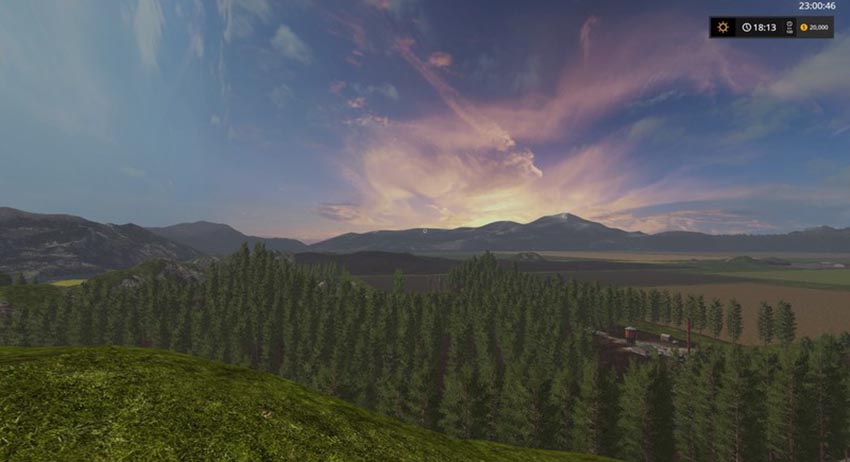 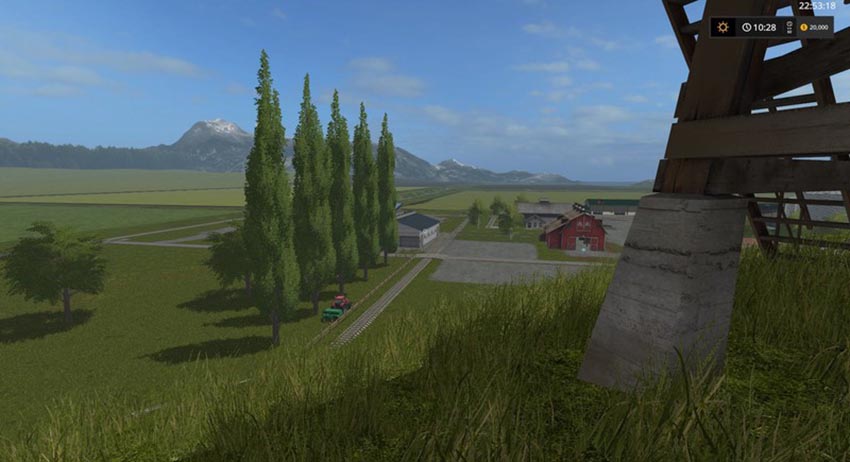 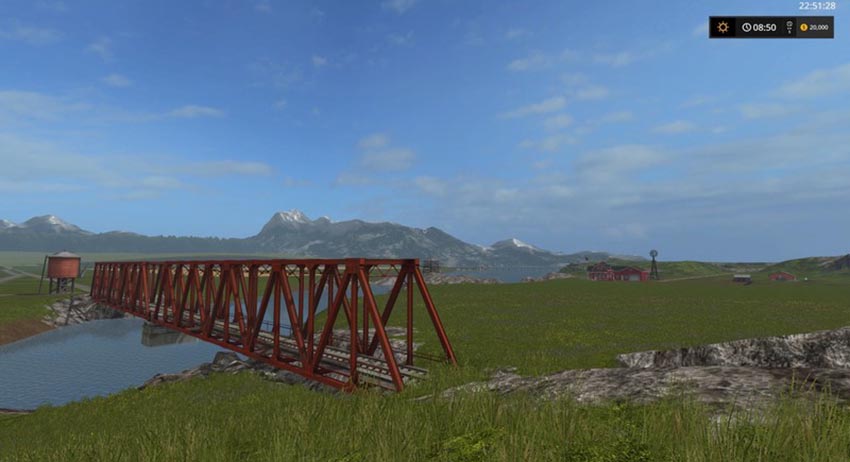 In the north there are still untouched areas, in which large fields lead up to mountains, that line cold and beautiful shores
You own the entire valley but huge taxes must be paid to the county for the arable lands so that you can operate the full nearly 1,000 Ha of farm.

Ways to markets are few and far away so you need to get innovative with the transport to get your products to shipping and the export market but you have your own siding and shipping silos both on the farm and on the local Port.

This map is for those who want an immersive experience where you and the elements alone are within an enormous environment and a realitic long transport route. Course play is the way to go or you can form a long-term multiplayer session

I have long sought a map that properly lends itself to a realistic role-play for large equipment, heavy hauling and logical use of the rail system, this is it, enjoy.

Train works and is a massive part of the working of this map.
There is only one route to markets, and it takes many minutes to get there
Large Silagesilo
Connected private railyard and timber siding.
Massive streches for realistically large transport
Massive Fields for large equipment (Big Bud DLC)
Large Dairy, pigs, sheep (Massive animal meshes that can take large herds)
Chopped Straw
Multiple sell points for bales, chaff, fodder and silage
Unlimmitted forestry
Numerous large areas for placeables
Standard start equipment and you already have the State taxes paid on three beautiful fields

I deliberately have not put machinery and other economy into the map and have left it Giants style. I have provided more than enough space and areas for mods. nearly every good mod being included in maps has a placeable variant so go mad and add feed mixers or whatever you want, or just use large mix wagons and transport your feed to the cattle in the field. Traffic has been excluded because franky course play does not yet do well around traffic when travelling at a decent speed and you want to record courses that have your trucks at full speed for the long journey.

In a later version we may include economy mods, traffic and more if users really want them

Thanks so much for downloading, for communicating and please enjoy.

Regards (Mogul- My Other Life Modding)

PS. I have modded nearly every map since 2013 to suit myself but never published, The Hobbs farm team invited me to help and it was great fun but this is the first full publish of my own so please feel free to share your ideas or let me know of problems.

This is the first out-of-beta version (Hope you like)

Thank you everyone for feedback.

Changed
Silo Capacity
Added
New Road for feed trough at pigs
More concrete areas for Placeables
Added Trees.
NB: Please let me know if you notice anything, the map is enormous and I really want your feedback and your likes or dislikes. I have deliberately left out Feed Mixers for example – there are excellent placeables or you could decide to use mix wagons, if you want me to add things like this please let me know. I want this map to be your new home, so lets make it our world together. Many thanks for your interest in Inheritance Map for FS17

Model: MOL MODDING
Texture: Giants
Script: Giants, Stevie, Mike
Idea / Concept: MOL MODDING
Testing: MOL MODDING – FS Community
Other: So many parts of this map are not my own I could never thank individuals, I f you see what you made here please let me know so I can honor you specifically but first I want to thank Steve Hobgoblin for first letting me work on his great map Hobbs Farm and I want to thank all modders, even the skinners for the inspiration. Thank Giants for a fantastic game.
Special Credits

This map may be shared but may not be uploaded on any other mod site without permission (permission received). All credit must be given to MOL MODDING (Author: Mogul) and the other modders mentioned in the credits.