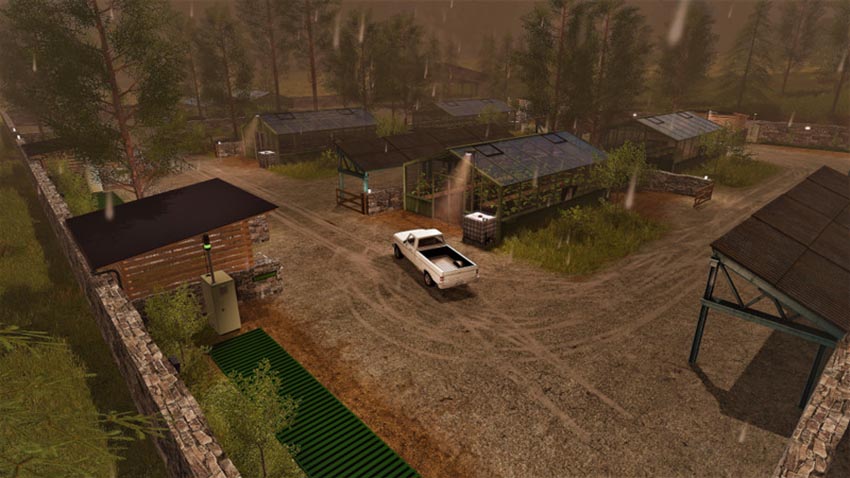 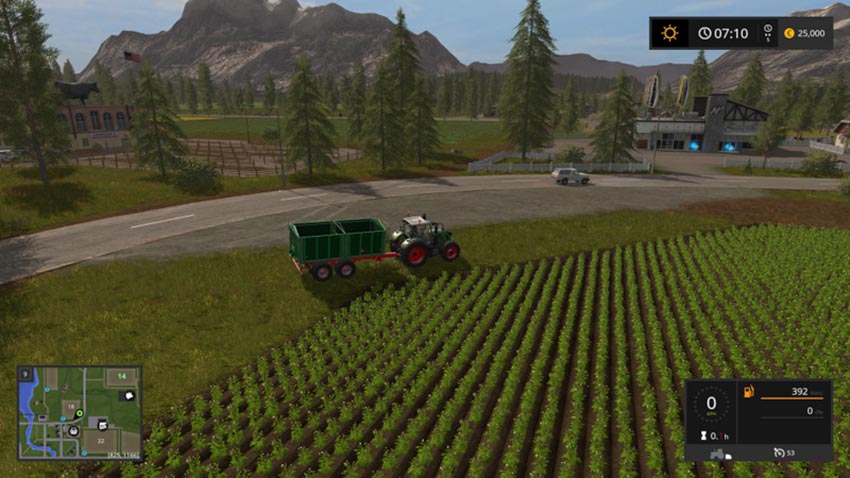 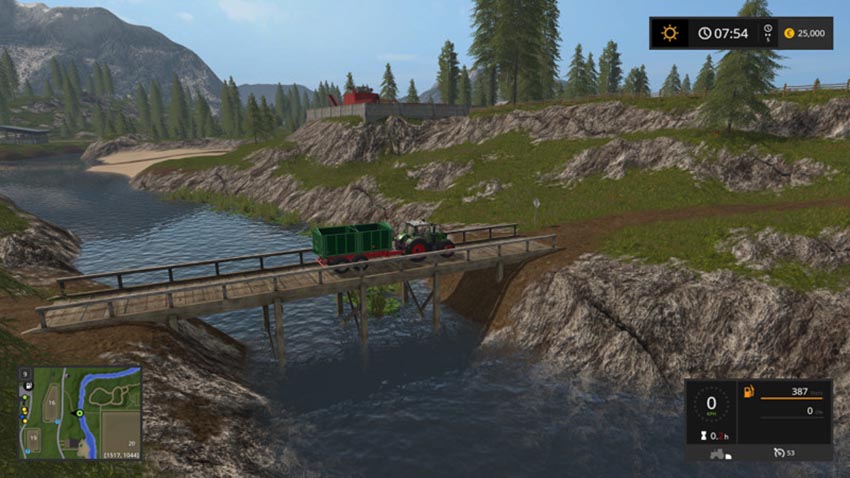 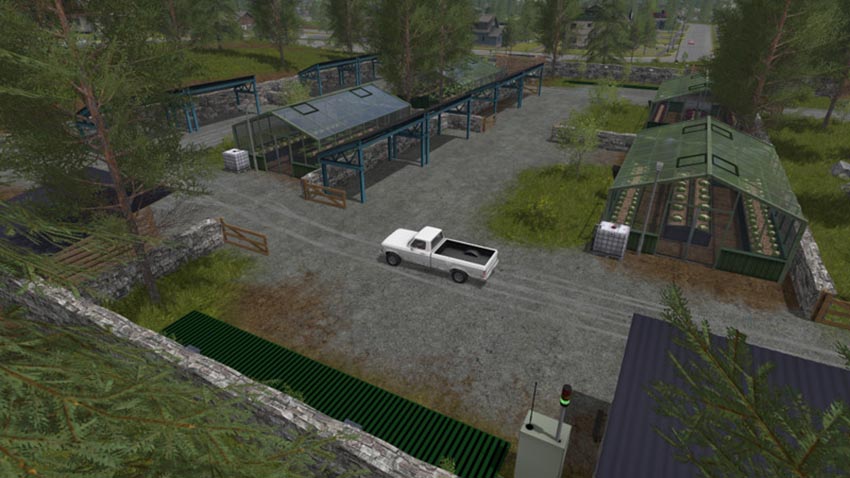 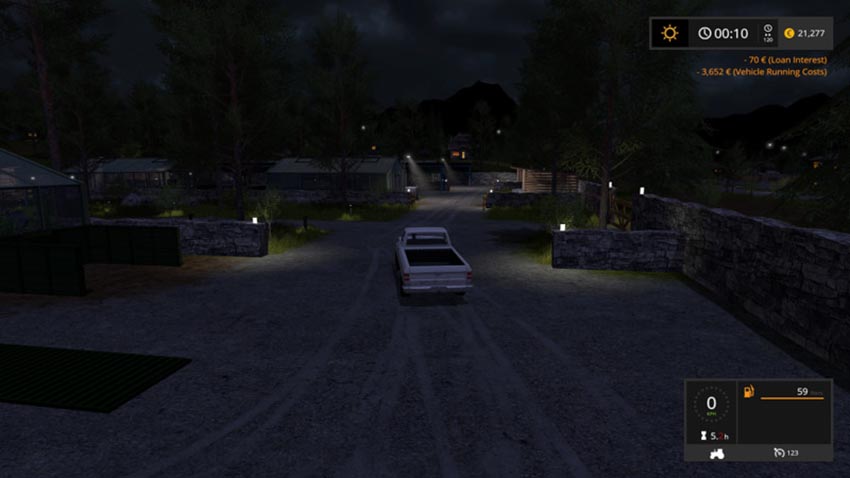 what we have is a new version of the default map.

you all know about the default map but this has some added features created by the credits.

first off all the animals are on or near the farm.

chickens lay there eggs in a basket convenient for you to collect, so you don`t have to run around trying to find them in the farmhouse garden.

cows are the main reason to be on the farm. you can collect the milk and sell it at marys farm.

pigs and sheep are near the farm with there own areas. pigs have the forage mixer Adjacent to them.

Animal dealer now sells chickens Which you can use the joskinBetimax RDS7500 to buy themwith (included).

saw mill to produce pallets of planks in the default sawmill area.

compost production All which is needed for the greenhouse production.

Which need empty pallets water and compost to produce. (All pallets havebeen remasted for FS17 pallets.

so lets recap sawmill and pallet production and compost are all needed for greenhouse to produce.

buildings that got moved are the vehicle and the shop animal dealer Which are ajacent to eachother and are near the railway line just over the bridge from the farm towards town.

chopped straw built in to the map.

farmers market were the old vehicle shop what in town where you can sell all the pallets.

some fields have been altered Which are better.

ps you may need to get the mod choppedstraw

updated the FabrikScript and added silo trigger for the mix stations and the composter. and changed the sawmill that now takes proper fuel. and should work properly. added another production the slow soja. also changed the fermenter on farm for the fermenting silo.
You should be-able to just replace this one with version 1 and your save game should work fine.