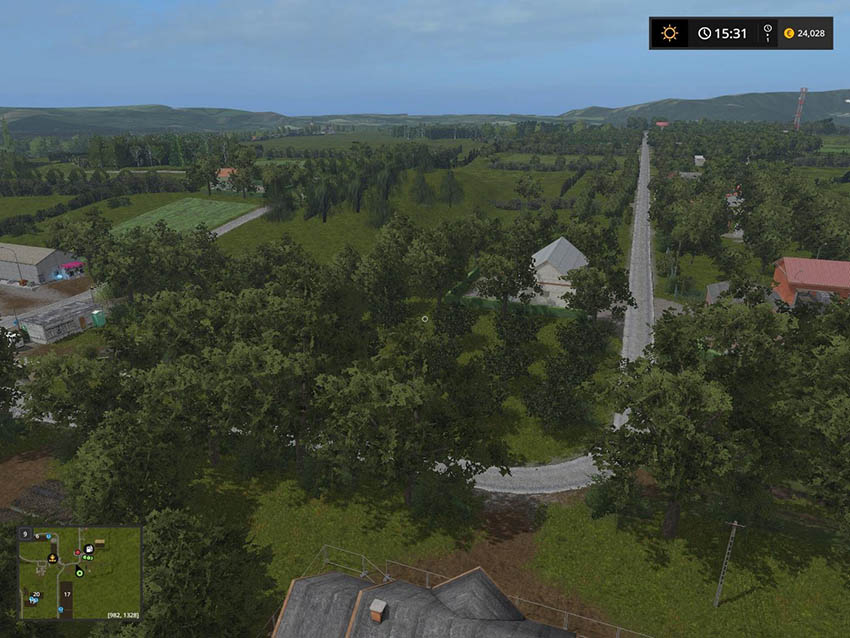 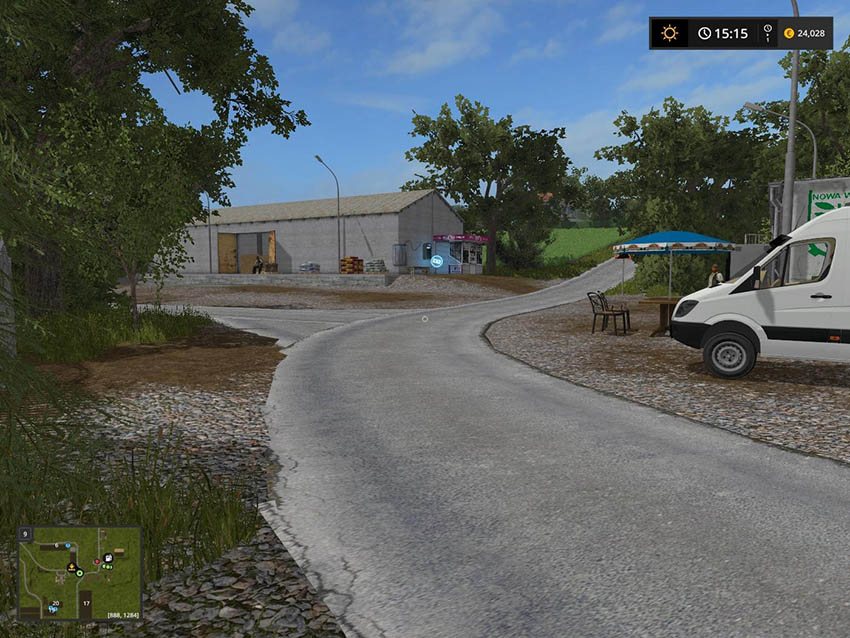 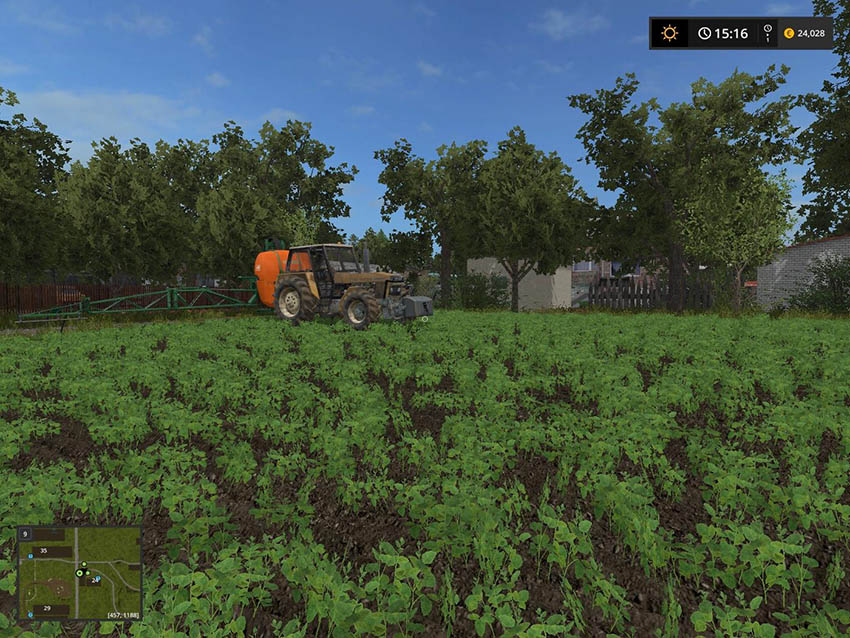 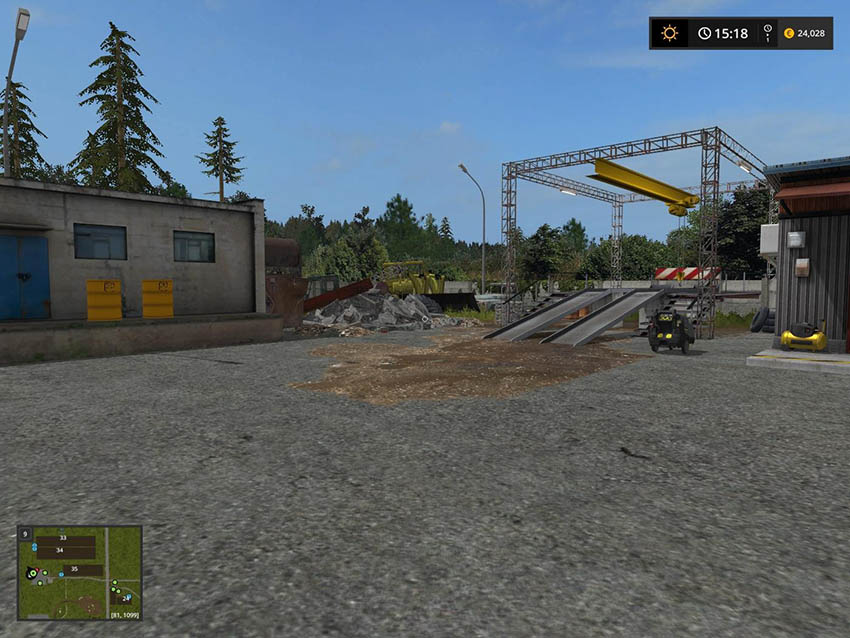 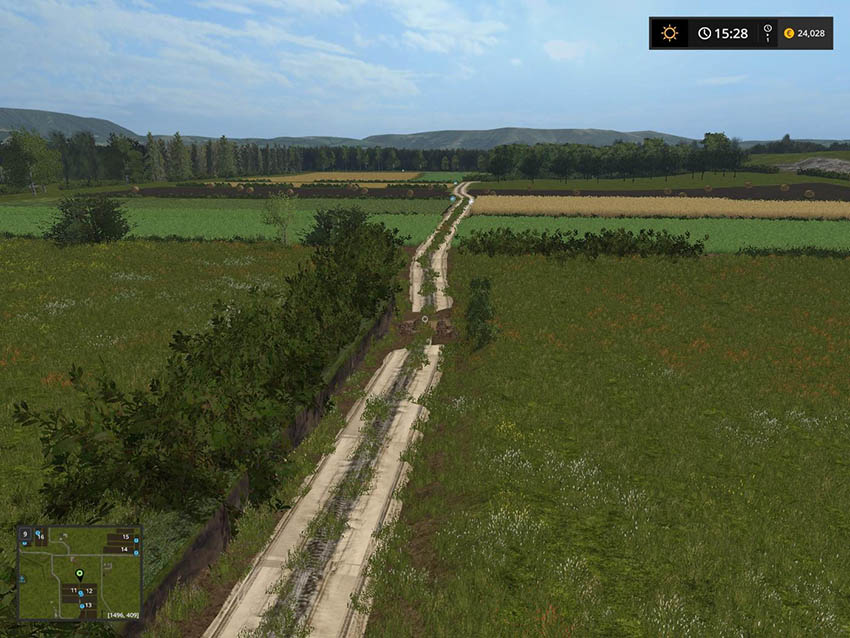 Hello, this is the third and last page of the Błoniec map, let’s say that time has gone by a few years.
The mayor of the village of Żerniki Górne received subsidies from the Union, laid asphalt on the main roads and built a square under the second base for expansion while playing.
Some fields have become free, others have grown, and new, smaller and larger ones have been created,
but most have remained unchanged.
Cows and pigs again began to get dirty under their beds, and these are pigs.
Going to an old sawmill in the southeast of the map, the largest free field for large machines was created, as you already make a big cash on small C330 tractors.
Free fields are not covered with a field grid, so they do not have assigned field numbers just like fields you buy,
they will not automatically detect the CoursePlay mod, you can only manually record a course in this field and then use it.
I did not count how many of these fields are because, for what, their size and position roughly correspond to those from the real one, so you can go crazy with small tractors.
Of course, there are more of them in the real world, but one player is not able to work all of them,
so I did not obscure transparency and I focused on the views of the Świętokrzyskie landscape.
I optimized the drawing range of some objects and trees because they were set to max, which could reduce the smoothness of the graphics on the weaker cards.
(I have described the load of the equipment on this map and Sosnovka for a comparison in a comment to the previous edition)
The map still occupies 1.2 Gb