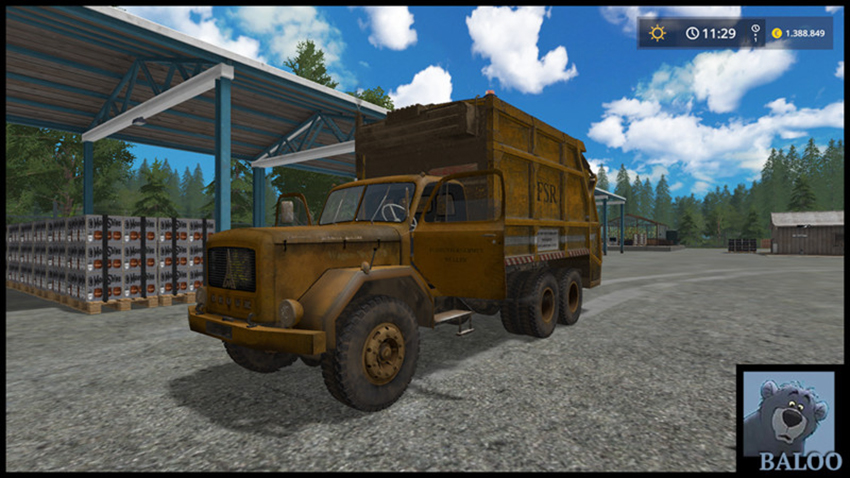 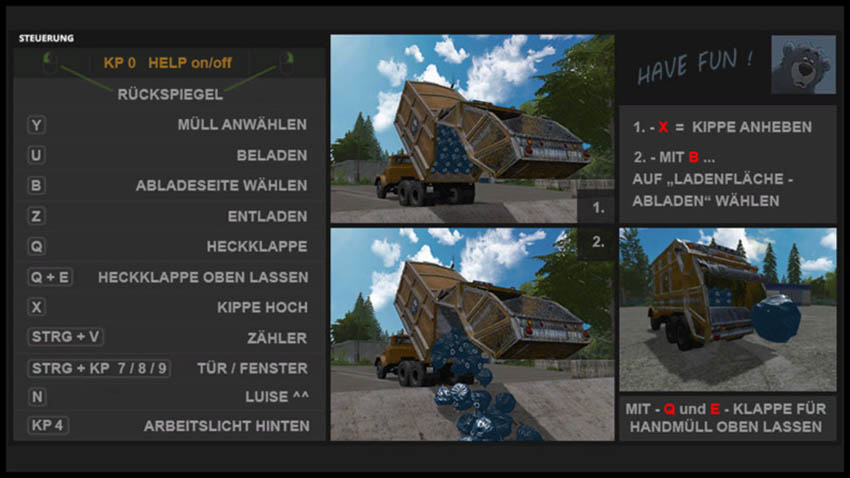 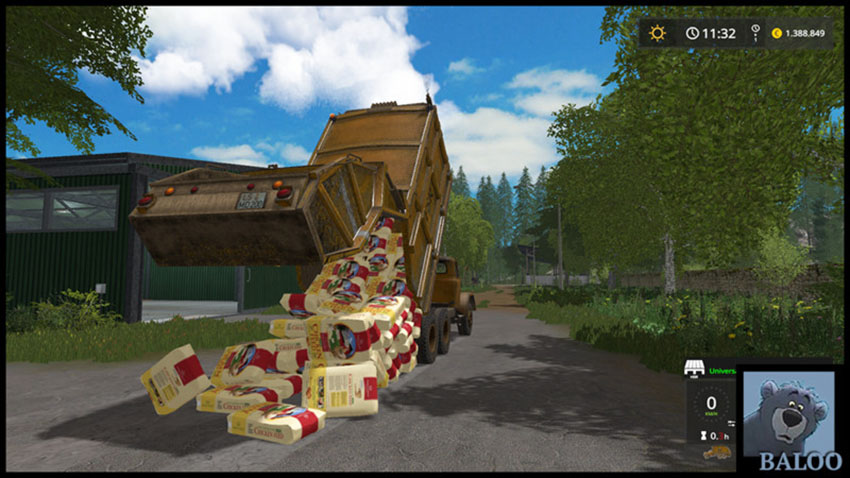 here it is, the MÜLLWAGEN for the BERGMANN-map, on which you all waited sooo …;)

but first and foremost I would like to thank SNU, for its devoted testing and the

presentation in her video, as well as IFKO, who helped with testing and finding fault.

of course ANDY! – without his great MAP, the garbage truck would be so pointless!

… and of course our MODALL, the PAPA of this MAGIRUS’es.

also the inventor of the UAL-sript’s, thank you sincerely thank you!

… so there’s nothing! – despite his high age, he is still in good shape;)

LUISE belongs to me! – I do not ride a tour without her photo next to me, should I picture that –

of LUISE times have forgotten the shift, you can hide this with “N”;)

You can load everything from fuchshausen by truck, even CHEESE!

(if you want to refine your cheese for stinker cheese?) ^^

you can also show with STRG (re) + S a small ice cart music for sale.

then probably only all the CHILDREN will come running out of the houses,

in the hope of a chocolate ice cream, but then they have to go through!

I would like to ask you only, if you want to load the garbage bags via UAL, that you then the –

garbage bags in the F1 menu, so you can load the most.

(two tours for fuchshausen should be enough)

You can lift the tailgate with the button “Q”.

this is a safety mechanism so you do not spread everything on the street,

if you forget to close it;)

(flap then closes automatically when getting in)

If you do not see everything in the F1 menu, simply press the “KP 0” button.

… I would like to recommend you the “Deactivation of camera collision” -mod of MODHUB, because –

the tip of the garbage truck has rear collisions and if you tilt, the camera may spin.

but think, most of you have the mod anyway in the modsordner.

should something jam, you can unload the cargo as usual laterally or to the rear,

it was thought of everything, so take good care of the truck and have a lot of fun with it!