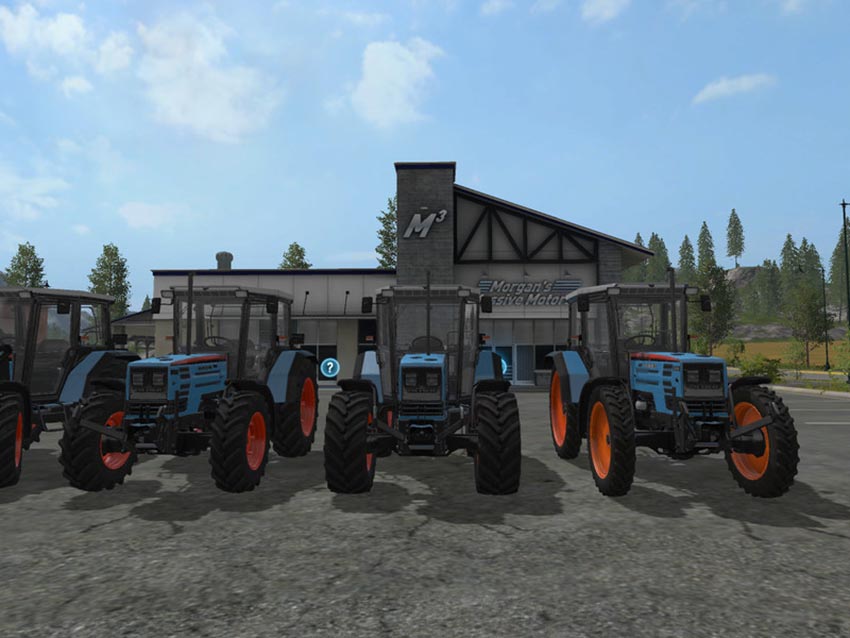 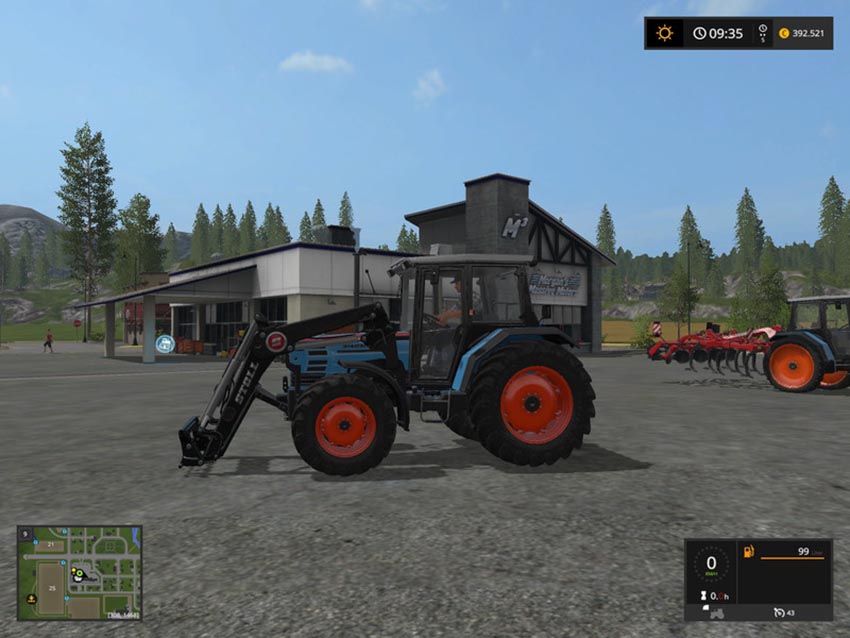 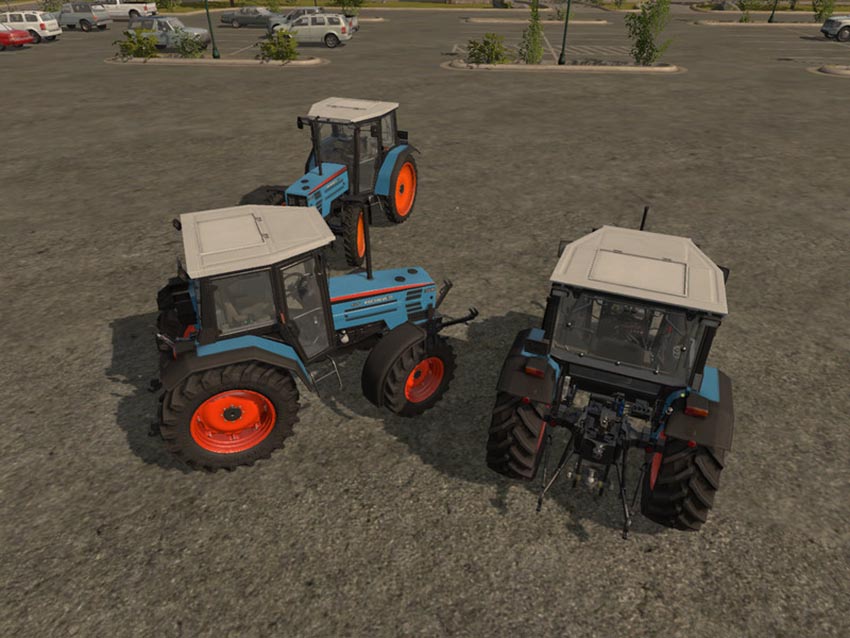 When you buy the tractor you have two engine options.
Eicher 2090T – 90HP
Eicher 2100T – 105HP
You can also chose between normal, a little thinner and thin wheels.
There is also a front loader attacher availiable in the configurations menu.

Eicher was close to being backrupt several times in the last years of the companys existence. They tried a lot of things to keep the make alive and produce Eicher Tractors again. One plan was, to use the Same Transmissions and Cabins (basically the whole back end of the tractor) and put a Eicher Engine in front. But development was more difficult than imagined since it was hard to fit the Eicher Engines to the Same Transmissions properly. So only a few prototypes were made.
Instead, they started selling repainted Hürlimann tractors in between 1990 and 1991 in small quantities.
This Mod is the Eicher 2090T (the same as Hürlimann H488T) and Eicher 2100T (the same as Hürlimann H4105 Elite)
Both have 4 cylinder Turbocharged engines, the 2090 has 90HP, the 2100 has 105HP thanks to an intercooler.