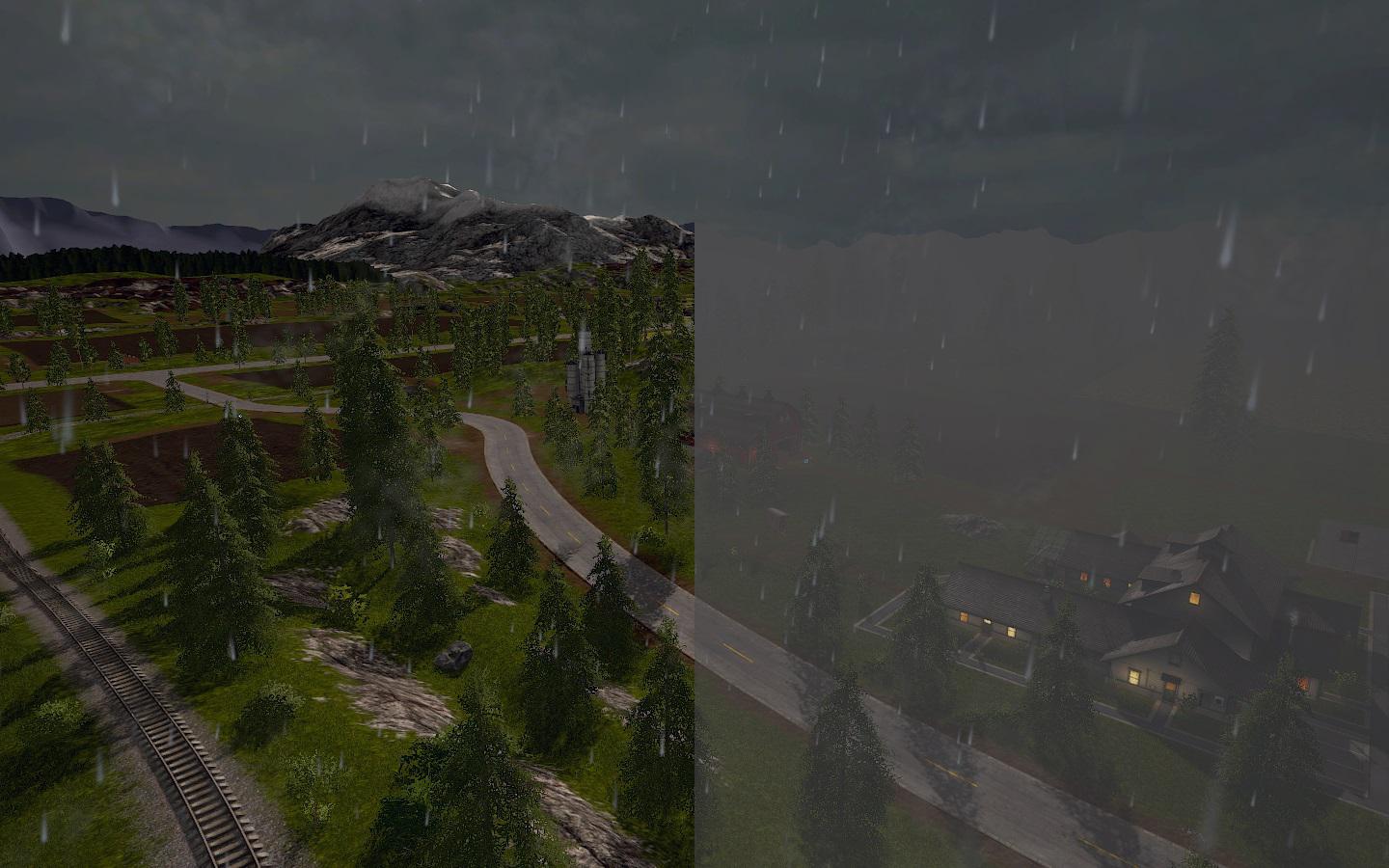 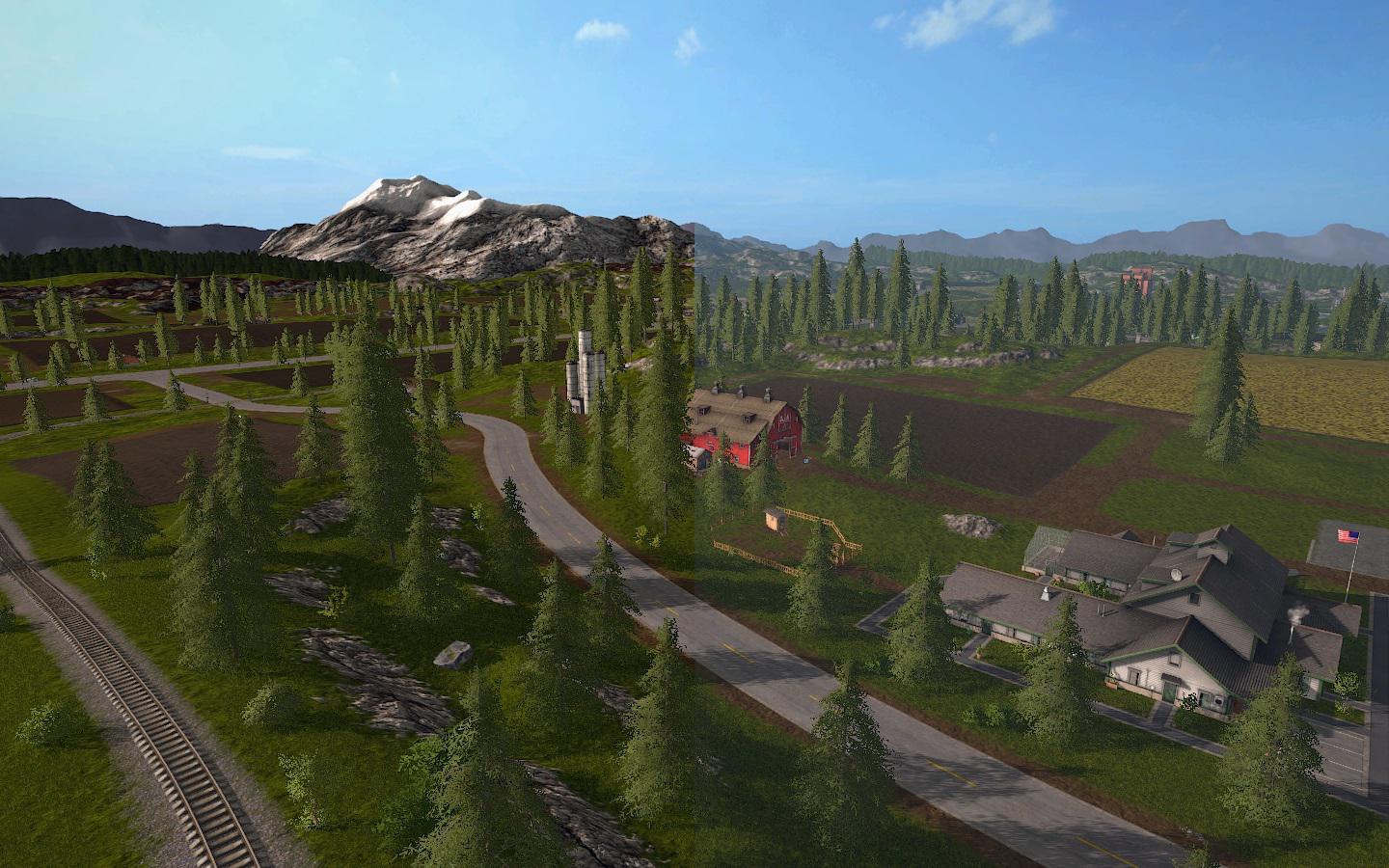 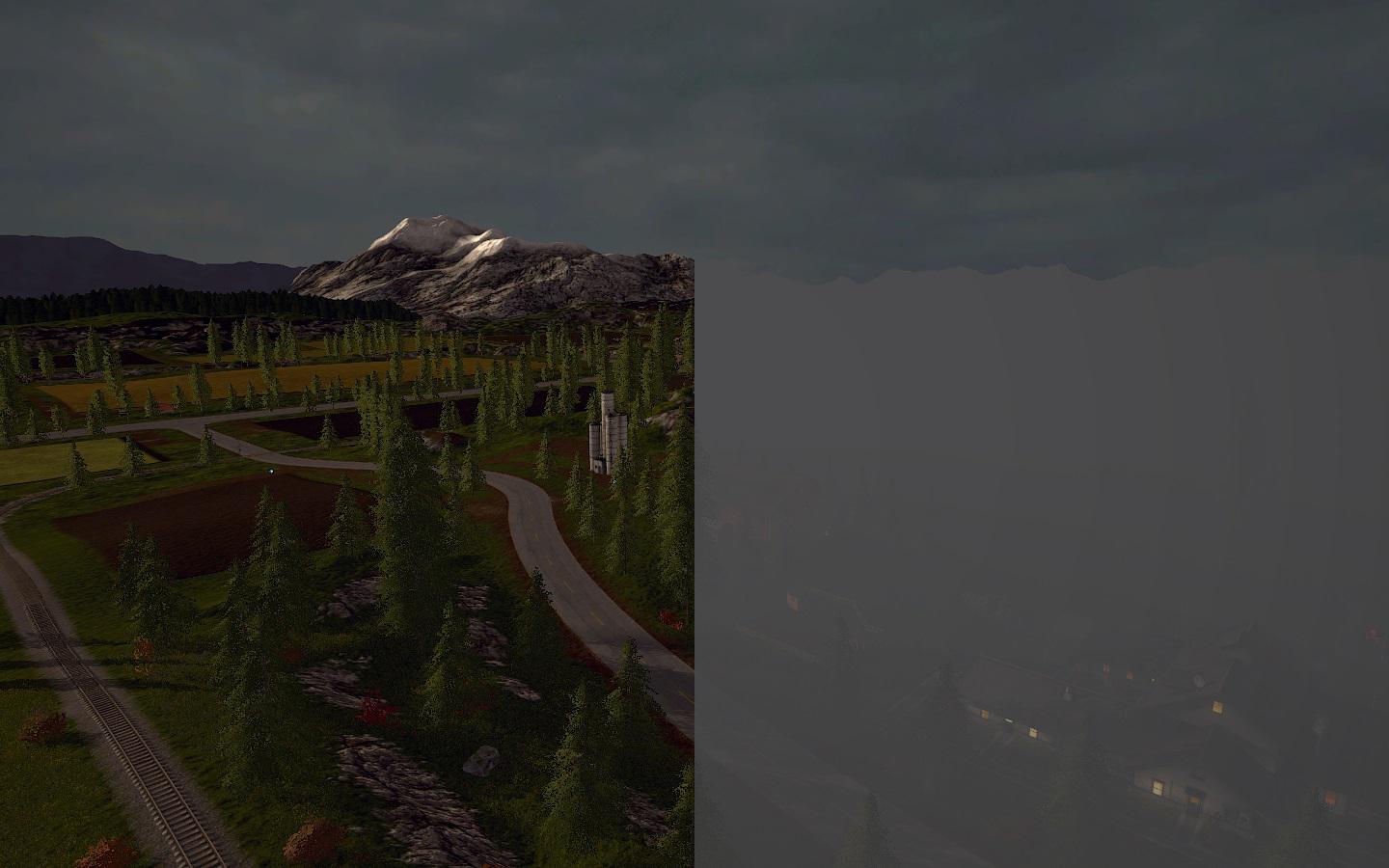 Farming Simulator simulates fog in several ways, some of which can be examined/modified in a map’s environment.xml file. ‘volumeFog’ relates to fog seen in the water. Water fog is not affected by this mod. ‘distanceFog’ refers to the mist or haze one often sees at a distance or on the horizon. In real life, sometimes the effect is quite pronounced, and other times, on crystal clear days, it’s almost nonexistent. Finally, the game has fog settings for specific weather patterns (ie, fog, rain, snow, etc.). This mod will remove all fog density settings related to distance fog and the various weather patterns.

Farming in the fog can be tiresome, even if it is something that is realistic. Those who wish to have the option of toggling fog on or off while they are farming, can use this mod to do so. Others may wish to remove the fog so they can take crisper in-game pictures.

Features
(1) The default setting of the mod is to have all fog turned off in-game. The input binding to toggle fog on or off is LEFT-CONTROL-F.

(2) Seasons Mod Compatible — The Seasons mod allows for numerous variations of fog settings depending on the season. The FogGone mod has been adapted to work with the Seasons mod if it is present.

(3) Multiplayer Compatible — This mod works in the multiplayer environment, but leaves it up to the individual player as to the type of environment they want to farm in. One player may prefer the fog, and the next player does not. Both may have the playing environment they wish at the same time on the same map and server.

(4) This mod is not compatible with another ‘fog mod’ that is called FS17_NoFog.zip. If a player has the FS17_NoFog.zip mod in the mods folder, you will still have some amount of fog in the game environment.