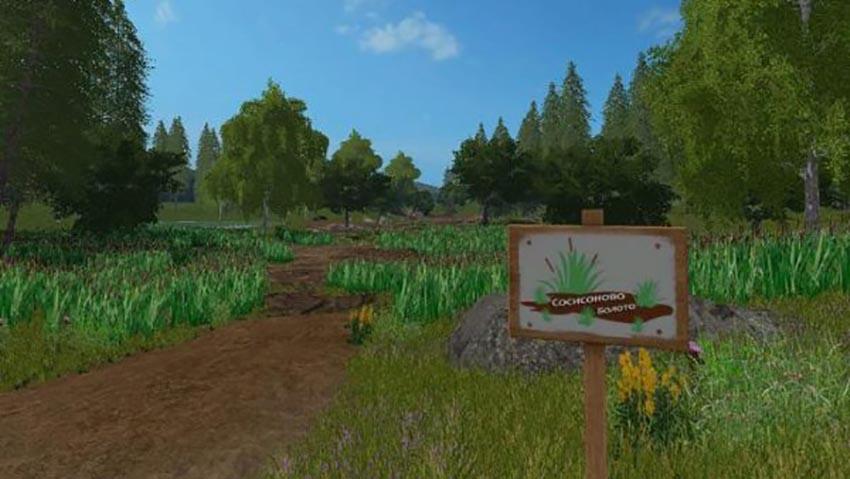 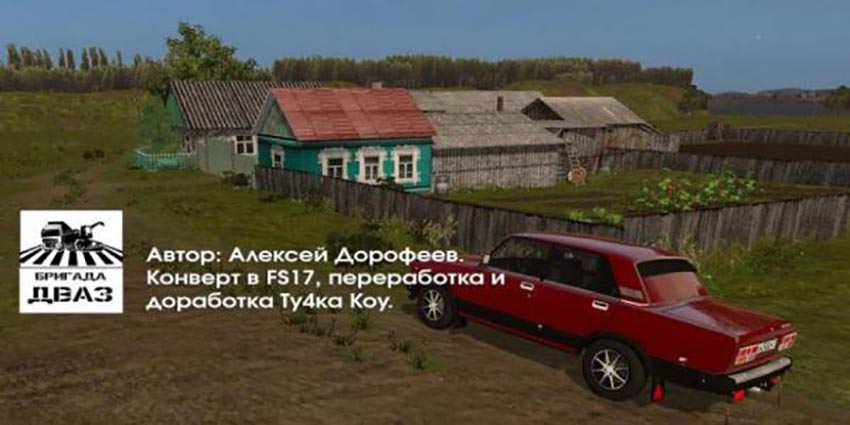 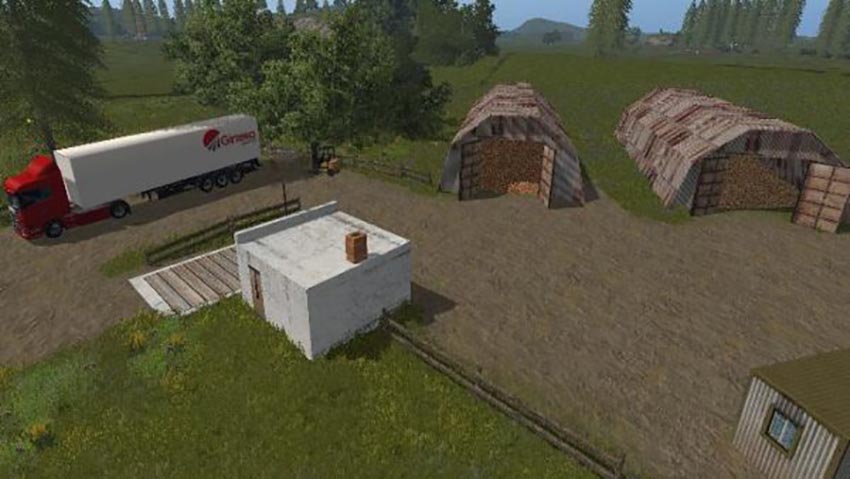 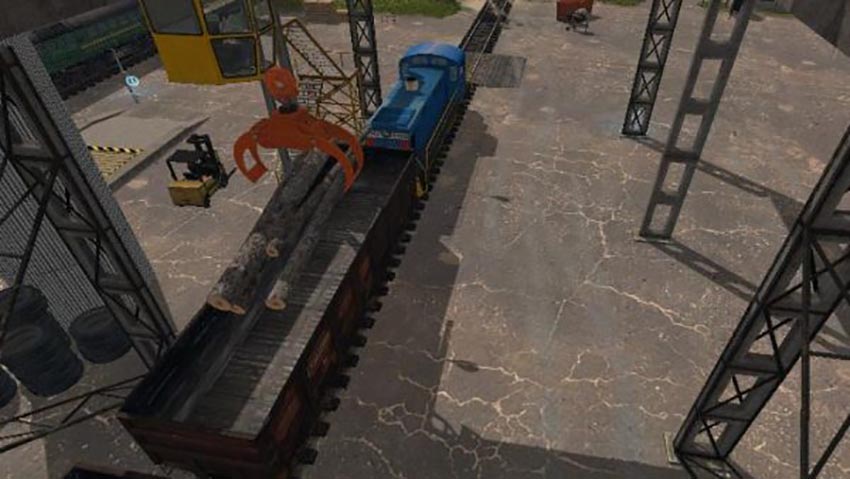 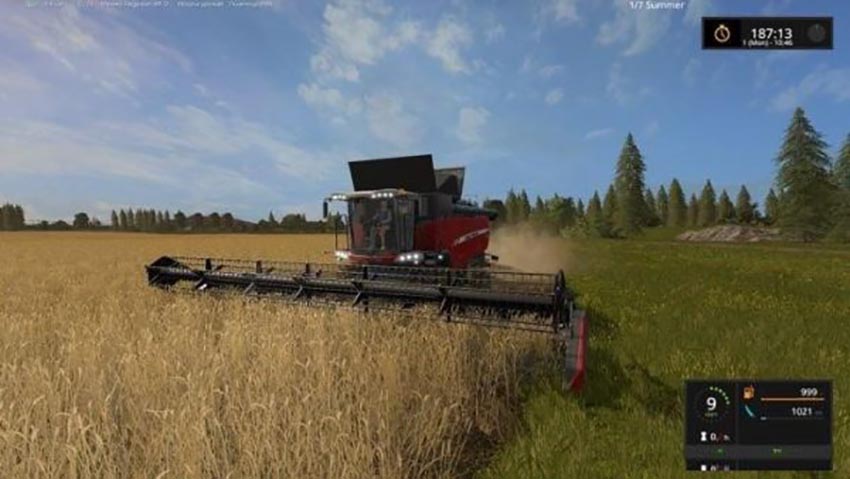 Connect only with the season mod and if you want a climate close to the real terrain.
FS17 RM GEO Kuray zip

Fields on the map will need to be plowed, four fields will be managed by the computer, you will be able to perform tasks on them.
On the basis of a lot of hangars and garages, they all have functional doors. There is a store of potatoes and beets, hay and straw,
storage of gasoline, a warehouse of wood chips, a chipper and the sawmill itself, which produces pallets, which you can sell at the railway station,
as well as wood chips. Logs you will need to load with a crane into the train cars and send it. On the map there is a huge forest.
The mill produces flour from wheat and barley, which can be brought to the bakery and get bread. A fish farm producing fresh fish.
Production of compost. BGA produces a digestate from a variety of ingredients that can be fertilized or treated with fertilizers
both dry and liquid, also get biofuel, which in the future can be sold at a gas station. Greenhouses producing vegetables.
Seed production and production of dry manure, compost production, dairy plant, sugar-starch plant.
Compatible with the fashion season.

– All production processes have been recycled. Now all the products (except boards and DCS) are transported by vans
– Increased distance of rays from pipes
– A beam was added for picking up potatoes and beets
– Redone greenhouses
– Added nameplates for purchasing fields
– Added ramp for chips in the sawmill
– Replaced with a new factory script
– Added help menu for businesses
– Fixed the size of pallets with chipboard.
– The point of sale of fuel takes fuel from any barrel (but pradaetsya after a couple of minutes)
– Correction of different textures
– Removed old script for culture

Changelog:
Version 1.6.2
Added / changed:
– Garages and sheds unloading equipment from the card (relieves the load on the PC)
– 4 large garages added to the base
– Bale storage added to the barn
– Chip spreader moved away
– Saw mill speed increased
– Collar collision removed from the shed roof of the saw mill
– Slightly increased prices on soybeans, sunflowers and corn
– Most of the base is asphalted Fixed:
– Minor fixes Removed:
– Dirt from the fields NEW GAME DO NOT NEED

Fixed:
– Bear has been repaired, now is a sign that says it is closed (for fashionable seasons)
– Fixed collisions of different objects
– Fixed relief from the 9th field

Added / modified:
– Added meat processing plant
– Two points of sale of flour
– Added a road along the 12th field
– The garage at the point of discharge of technology is functional, and has a car repair shop
– Added car repair shop to the base

A new game is not needed.

Added / modified:
– Fish farm, produces fresh fish on pallets
– Mill, produces flour on pallets
– Bakery, produces bread on pallets
– BGA produces digestate
– Production of compost
– Seed production
– Production of dry manure
– Production of dry and liquid fertilizers, fuel from digestate
– Sale of pallets at railway station and quay
– Boards are now sold as a separate product
– Bearded beet and potato warehouse moved
– Added another large garage on the base
– Warehouses of seeds and fertilizers (dry and liquid)
– Greenhouses producing vegetables on pallets
– Plates indicating the necessary raw materials
– Animated Animals
– Gates on the base open manually
– All gates and doors can be opened from machinery
– Sale of fuel at a gas station
– Near the barn you can drain any liquid
– Many small additions and changes

Remove the additional mod to the map Kuray_FS17_mod.zip, it is no longer needed.
All other mods that come with the card, it is desirable to connect.

For a comfortable game, I recommend starting a new game. But if you want to continue on the old save, then fulfill the following requirements:
1. Drive out all the equipment from the garages at the elevator.
2. Empty the warehouses with chips and potatoes (they will become empty when upgraded)

– Reduced dirt splashes
– Added lighting for the dark time of day.
– Cables LEP is now not terrible.
– For some gardens you can now drop in and plant crops.
– In the sawmill and in the forest, convenient storage for logs is installed.
– Added the point “Compost”, the sale of liquid and solid manure.
– Added a sawmill icon on the front.
– The warehouse of cultures is a little altered.
– Replaced flickering towers of storage.

Corrected:
– Fixed silo pits, now you can get silage from them all.
– Fixed landing of the forest.
– Fixed animals, now do not hang when eating.

Deleted:
– The collision was removed from the bushes around 14 fields.

Be sure to connect the 3 additional mod: