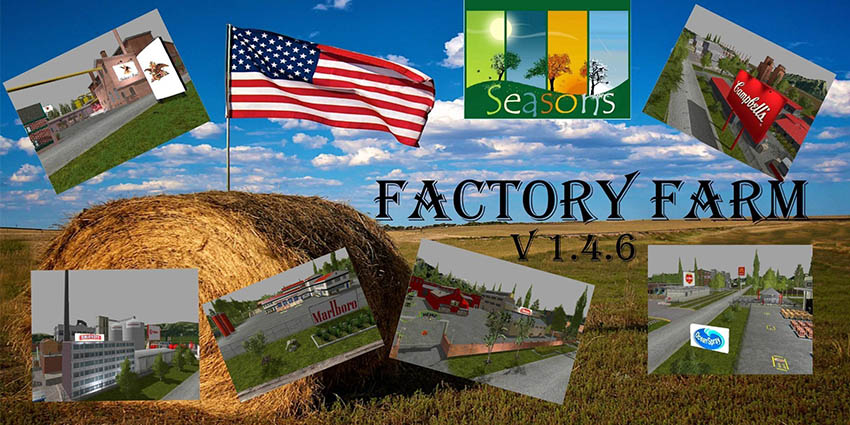 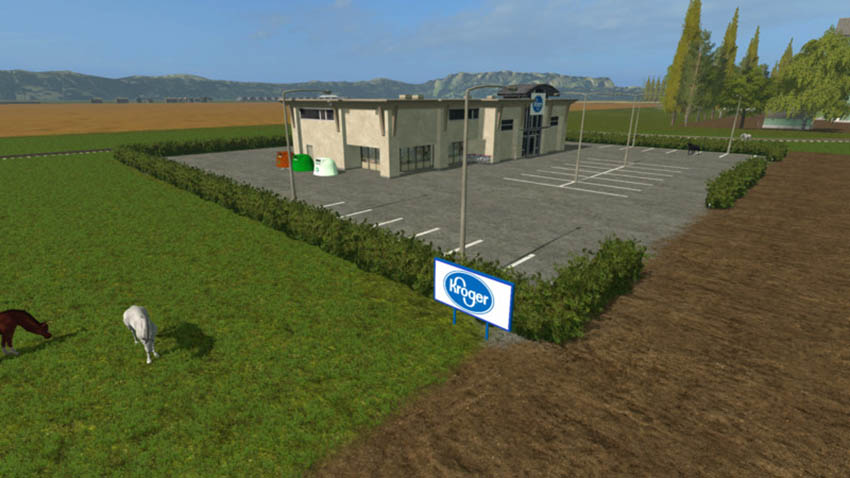 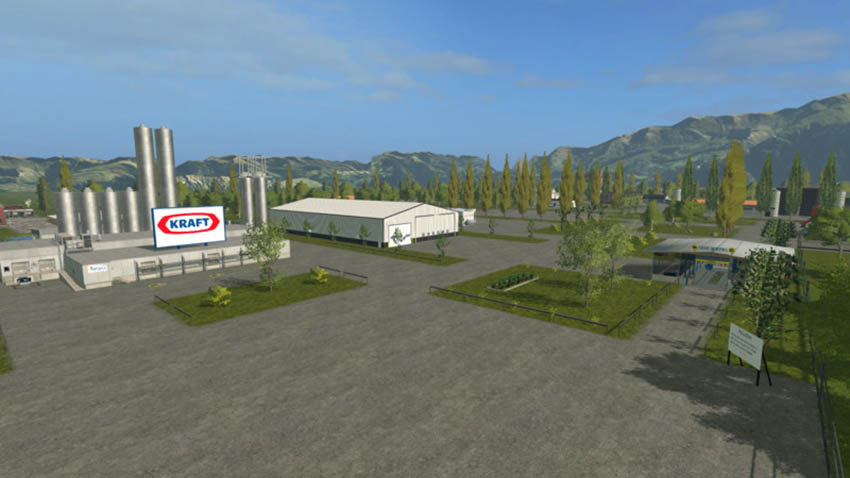 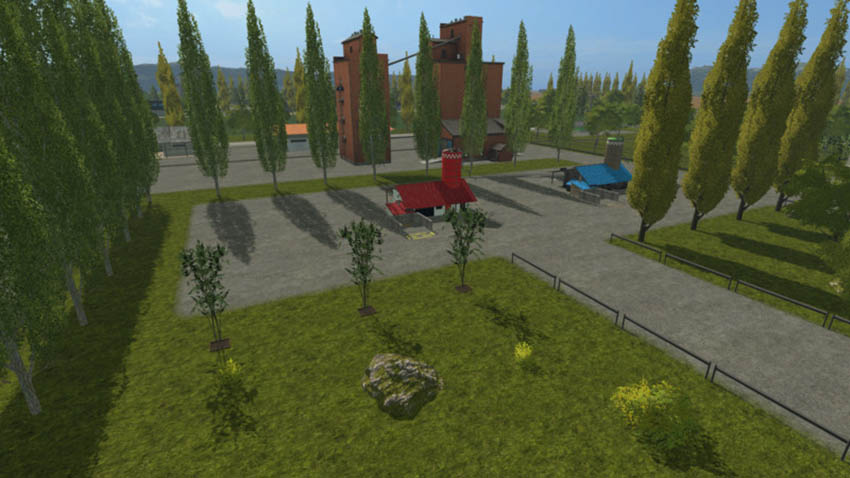 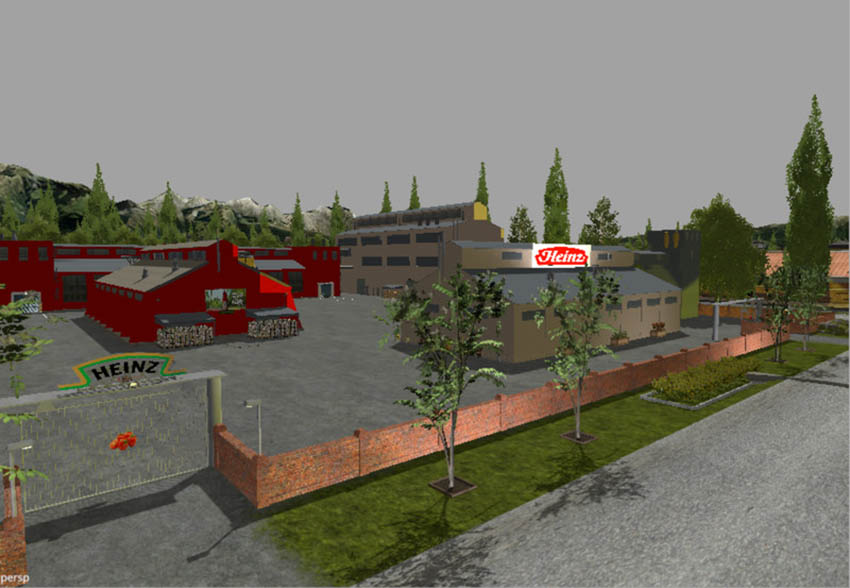 This is a Multifruit and Factories Production 4x map..

The factories are not working with pallet collectors so they can’t get bugged either, you will need a specially designed trailer to pick up the end products off all pallet based factory’s. 1 trailer made by BDBSSB is built in the map, you can find it in the shop to buy. Another one called producttrailer will be included in the zip file. No other trailer will be able to pick up the products.

I added a lot of new factory’s, also built in the factory pack from BDBSSB

There is a fertilizer and seeds factory’s with an updated model, you will be able to fill your seeders directly at the factory’s as well.

Liquidtrailerpack , 1 trailer for all kind of liquids, will load fuel from in-game gas-stations, will load own produced fuel from the Texaco Factory or from the fuel storages, 1 trailer loads only fuel to be found in the misc category

All the mods are INCLUDED in the .zip file, Once Downloaded UNZIP

Hops and Hemp has to be cut with a maize header

I hope you all enjoy the MultiFruit Factory Farm map.

1: make sure you don’t have another map in you Mod Folder

2: you do not need UPK or any other script for the map, all you need is built in the map.

I hope you all enjoy my Factory Farm map.

For map support and updates go to my FB Page

To support my work, it would be very appreciated :):):)

Idea / Concept: Nightcop34 & Maverick74
Testing: Nightcop34
Other: Special Thank you to Maverick74 for all his Help:)