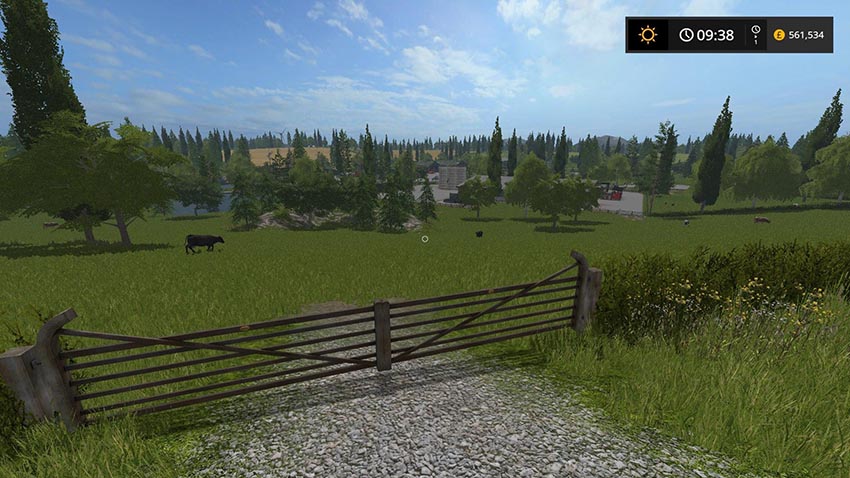 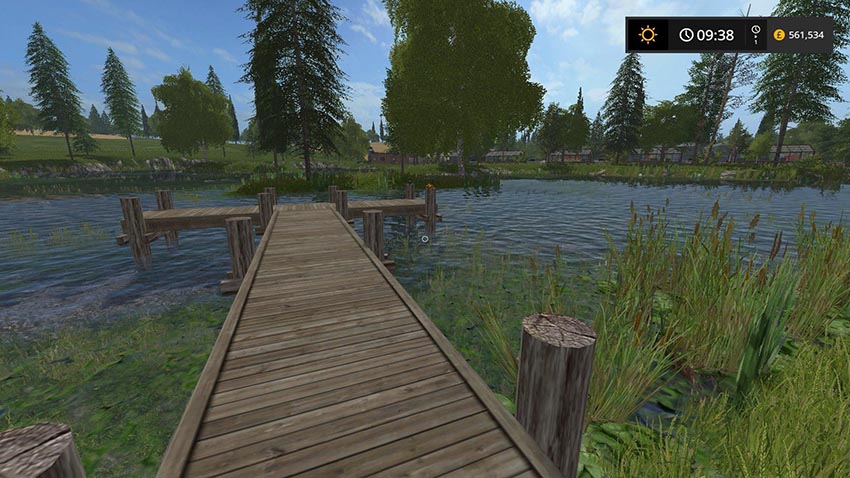 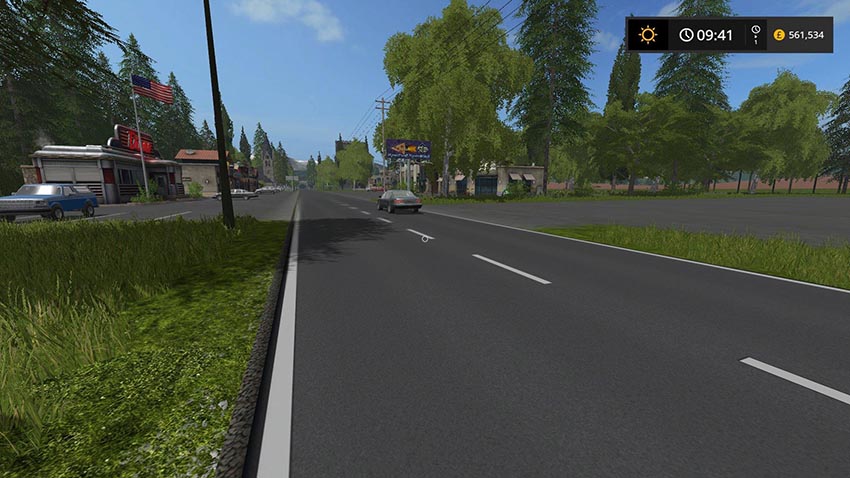 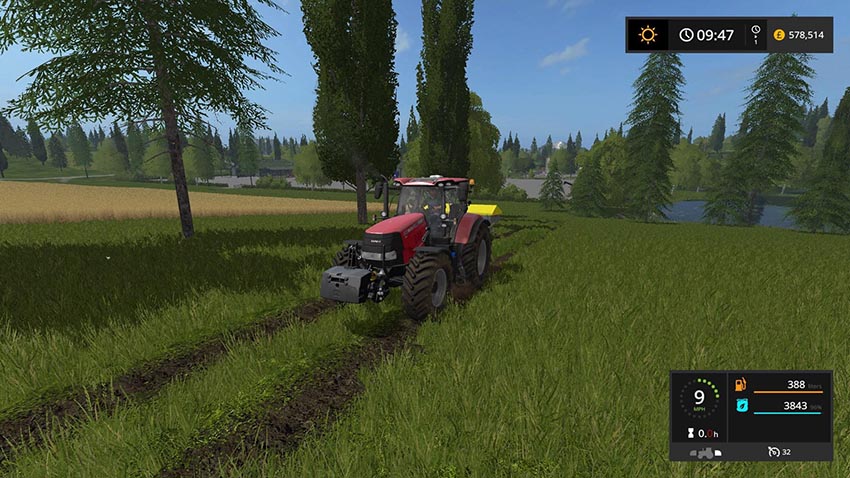 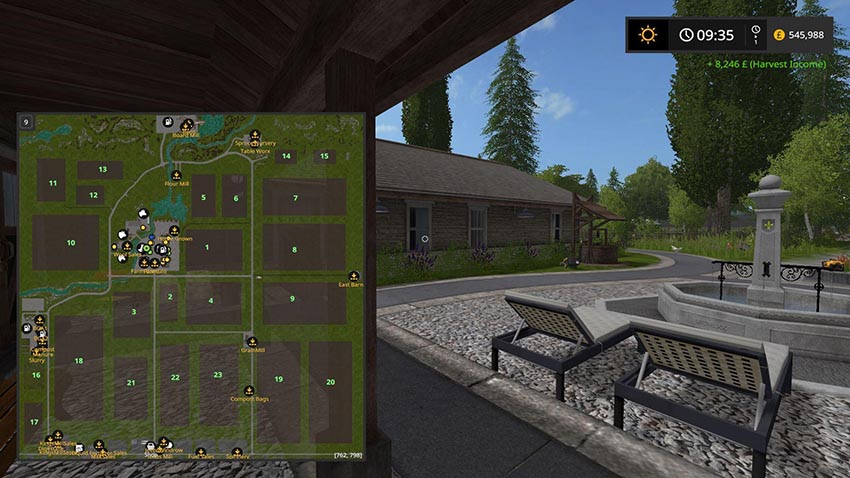 This swaps and fixes the erratic sheep’s wool pallet mover, adjust’s the farms vehicle sell point and updates a windrow shader. You do not need to start a new game save it all updates fine with the old one but you must clear the wool pallet mover of pallets first and make a save. Then remove the older V1D and replace it with this newer one. The newer version of the kotte multi tanker is included and you will find this in the misc section of the store. Have fun with it.

The file is hosted on my Google drive, When in the drive select the white download arrow icon in the top right of the screen. Unzip the download file to get to the 2 zips inside and short English read me text file.

So here’s the update with more fixes and a few user suggestions implemented.

Follow this and note the end, before you delete any previous V1D from your mods folder you need to load the map and clear the spruce tree production if you have had it running, Let the input supplies run out and then manually push any left over pallets onto the auto sell trigger with a vehicle. If you have vehicles or placeables in this area move or sell them(If you have last weeks update with the newer plants and trees install you need not do this). Also empty product from the Mixers, Separator and Bio Pro as these have been adjusted. Once it’s clear save the game and exit the game. Remove the old Beaver Creek Seasons from your mods folder and place in the new V1D final update and the Kotte Multi Tanker mod included into the mods folder.. Load up the map and then make a save and exit the map and the game. Load up the game and map again and it should all be updated for you now. Note you may loose certain items in storage as certain installed mods have been updated. Also you may loose any previous luzerne as it has all been updated to lucerne now. Any other version of the map that is not V1D will require a new game save. You will find the Kotte Multi Tanker in the shops slurry tanks section and it handle all fluids and triggers in the map including Hmilk. If you do start to get funny things happening start a brand new game.

This update will fix fuel at the milk max, put input usage on the feed mixers at 33% each, the leveller starting position, sawdust to the farm silo, sawdust added to the Compost Master, Separator and Compost Master adjusted, mixer heap alignment, lucerne crop yield increased, adjustments to other multifruit yields and seed usage plus a few other things. You will also get dynamic sky installed and a place at the farm to buy liquid manure.

Last weeks update, Fixes Potato washer heap alignment and movement.
Fix Liquid Fertilizer Triggers on the trees and plants install.
Fix Automatic unloading triggers on my storage tanks with chutes.
Change to the PDA map. I have coloured all the fields in green, you can still see them and the correct overlays are applied but this will work far better for the user’s customising their fields and gives a better visual appearance for them.

Thanks to Robert this now works with the Straw Addon DLC mod. The map is also server tested.

This Mod is downloaded from my google drive, once downloaded unzip the file and you will have 3 files, 2 zip files one for the map, one for my Kotte Multi Tanker and a read me txt file in english.

Hopefully you should be able to use your previous V1D save but I do recommend starting a new game.

Design, layout, textures and some installed mods Stevie, Extra 3D models Luke_BK, server mp testing jman8798. Further scripts, models and installs; Marhu, Farmer_Andy, KevinK98, Kastor, Blacksheep, Nils23, Webalizer, FSModding, The guys who created the Dynamic Sky mod and Eisberg without whom the maps would not be as much fun to play. Robert for messing in the Fix for the Straw Add On DLC mod.

Map overview Beaver Creek was my last user map for Fs2017 but this version is my own edit which users saw and requested be released. My map edit was never intended to be a public release it more my development map for later templates. Thanks to Farmer_Andy/Papa Bear PC-SG for permission for the conversions and use of some of your best FS15 mods which I put to use in my edit. The map features Chopped Straw, Edited GMKFC, Terrain and Dirt, Gold Nuggets, 9 extra Multifruits, Milk Production and sales, Custom sawmill and sawmill mods and more. The single farm at Beaver Creek is a hub of activity when its fully up and running. The map is normal sized but the layout offers optimised field space with a nice sized natural forestry area if that’s your thing. The map has a full snow mask and is seasons mod ready if you choose to play that mod active. Also you will see all squared fields this was how the user designed the map originally but in game you will notice the fields are in segments and these with a little time and effort can be fully customised to however you wish.

This update adds in my new ground and some fruit textures as well as the GTX water trough mod to the map. If you are playing the V1D map already you do not need to start a new gamesave.